The city-wide bake sale was part of a national movement of 'Bake for Japan' fundraisers held today in 23 cities including New York, Seattle and San Francisco. Money raised in Austin will be given to the non-profit AmeriCares, which is providing emergency relief to tsunami and earthquake survivors in Japan.

"Over 97% of donations given to AmeriCares actually goes to the relief effort," Lucas said. "We did recognize that the need is so great and what we’re giving is a drop in the bucket, but we wanted to make sure what we gave really counted. ”

With over 100 individuals and dozens of local bakeries participating, Lucas said, “It's amazing the love that the community has just poured on us. It's crazy, I haven’t even counted up the number of vendors we have at this location because there are so many."

"It's just a really good cause and its really nice to see the food community in Austin come together, doing something to help other people,” Bui said.

Only and hour and a half into the bake sale, the downtown location had already raised $500. A volunteer excitedly tweeted the figure via the Austin Bakes Twitter handle #AustinBakes.

"The response has been incredible," Bui said. "People have come by and donated without even getting any baked goods and that’s really awesome. ”

The bake sale tents, which were all open 10am-2pm, will be gathering their unsold baked goods and congregating at the west location until 5pm. You can still make donations through the Austin Bakes for Japan donations website.

Click here to view photos of the bake sale. 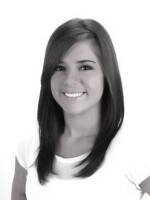