Austin's F1 weekend is expected to bring record-breaking crowds. Here's what to know about the race.

The U.S. Grand Prix in Austin kicks off Friday. In addition to motor racing, the event will feature performances by artists like Green Day and Ed Sheeran, along with other attractions.

What the race means for Austin

Circuit of the Americas brought Formula 1 back to the country in 2012 with a dedicated track built specifically for the sport. But it was only in the past four years that the sport has gained popularity in the U.S. That's in part thanks to ESPN's decision in 2018 to start airing the races again, for the first time since 1997. Its success is also due to the popular Netflix series F1 Drive to Survive, which came out in 2019 and covers every season's races and drama.

This year’s Austin race, which is Sunday afternoon, is expected to set the highest attendance record in the history of F1. With added seating at COTA, Visit Austin CEO Tom Noonan thinks this year’s F1 weekend will break last year’s record of 400,000 attendees.

“Formula 1 is probably our number one weekend of the entire year,” Noonan said.

There are 6,000 more available hotel rooms than before the pandemic, he said. Tourism like this helps all the big hotel companies and restaurants, but it also helps small businesses.

“There’s a strong impact on all the mom-and-pop organizations in town that are helping support these events,” he said.

This U.S. Grand Prix in Austin had been the one and only F1 race in the U.S. for many years, but it looks like those days are in the past. This year, an F1 race was added in Miami with a 10-year contract, and Las Vegas has a three-year contract starting in 2023.

Austin’s Grand Prix has tickets within the price range of an NBA playoff game or even the Super Bowl. It’s not necessarily cheap, but it doesn’t price out the average fan. Miami and Las Vegas on the other hand have “outrageous” ticket prices and pull a different kind of crowd, said Scott Mitchell-Malm, an F1 reporter for The Race, a UK-based digital motorsports publication.

When Mitchell-Malm got to the track early Thursday morning, the first thing he saw was F1 driver Daniel Ricciardo dressed in cowboy apparel riding through the track's paddock on a horse.

“That just summed up why this race is so cool, like you’re just walking through the paddock and you got Ricciardo doing a PR stunt on horseback at like, I don’t know, 10 in the morning," he said. "There’s like a really, really strong identity about this race. This is the track that all the drivers really, really enjoy driving.”

Live music and entertainment brings F1 fans to COTA, but the track's design, which allows for an exciting and competitive race, is also what makes for a great weekend.

“It has a really cool off-track spectacle," Mitchell-Malm said. "It’s a good race and a good racetrack as well as being a fun event."

After the most recent Grand Prix in Japan, the 2022 world championship was declared for Oracle Red Bull driver Max Verstappen. But fans are still looking forward to the battle for second place, which is on the line between Sergio “Checo” Pérez, an Oracle Red Bull driver, and Charles Leclerc, a Ferrari driver.

F1 teams presented their new era of cars with different technology advances at the beginning of this season. They will be sporting these cars at COTA this weekend.

COTA’s access street, Elroy Road has been widened from two lanes to five. There will be shuttle buses to the race track running from Waterloo Park, Barton Creek Square Mall and the Travis County Expo Center.

If you found this reporting valuable, please consider making a donation to support it. Your gift pays for everything you find on KUT.org. Thanks for donating today.
Tags
Austin Formula 1Circuit Of The AmericasKUT 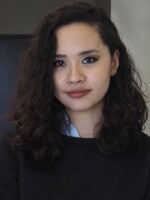 Nathan Bernier
Nathan Bernier is the transportation reporter at KUT. Got a tip? Email him at nbernier@kut.org. Follow him on Twitter @KUTnathan.
See stories by Nathan Bernier
Latest Stories
Related Content