Gov. Rick Perry routinely attacks federal health care reform, calling it a massive overreach that intrudes into the lives of every American. But in the presidential contender’s early days on the campaign trail, he has revealed little about what his own “Perrycare” could look like — or how much changing American health care will figure into his candidacy.

Political strategists say, don’t hold your breath: Republican candidates talk very little about health care in primary campaigns because the issue isn’t a top priority for their voters, and because anything beyond hammering “Obamacare” could become a target for critics. They don’t expect Perry to roll out details in stump speeches unless he makes it to the general election, where Democrats could try to hit him on Texas’ low spending on mental health and Medicaid, and the state’s poor rate of insurance coverage.

On Wednesday night, the governor's camp provided The Texas Tribune with an early sketch of what his health care plan could entail. Perry spokesman Mark Miner said the first thing the governor would do as president is work with Congress to repeal “Obamacare.” Then he would “start over,” first by working to stabilize the country’s economy for employers, then by trying to “free states from federal mandates and empower them to develop innovative solutions.” Finally, he would attempt to lower skyrocketing health care costs “through the proven, market-based strategies of transparency, choice and competition.” Perry wants states to be given flexibility and incentives to foster competition in the insurance market, to design solutions for patients with pre-existing conditions, to lower costs for small businesses and to implement medical malpractice reform, Miner said.

Candidates on both sides of the aisle have a history of getting into trouble with voters when they unveil too much too soon. When it looked like Arizona Sen. John McCain’s presidential bid might fold in 2007, the candidate produced highly detailed positions on policy issues, said Douglas Holtz-Eakin, president of the American Action Forum and one of McCain’s top advisers in 2008. The result? “Barack Obama spent a lot of time shooting at our health care plan while saying nothing specific himself,” Holtz-Eakin said.

Still, a look at Perry’s legislative history provides signposts to what some of his specifics could be. In line with the general details released Wednesday, health care policy experts expect a President Perry would seek to allow more local control over the Food and Drug Administration to eliminate what he sees as road blocks preventing medical industries from taking off. And they think he’d shift far more responsibility for running Medicaid — the joint state-federal health insurer that predominantly covers long-term care and poor children — to the states, as evidenced by his requests for more flexibility (and control of the purse strings) from Washington.

At least on the campaign trail, Medicare would probably be excluded from that conversation, because talk of changing the federal health insurance program for the disabled and elderly could frighten seniors — a key voting group, particularly in primaries.

“He’s going to have to use the bully pulpit to really explain how states have to take the leadership role and how people have to assume responsibility for themselves,” said Arlene Wohlgemuth, executive director of the conservative Texas Public Policy Foundation, which has guided many of Perry’s key legislative initiatives. “That’s not going to be easy.”

Perry will also have to avoid getting hit too hard by Tea Party loyalists on one of his highest profile health care stumbles: his failed effort in 2007 to mandate vaccines for the human papillomavirus for school-age girls. Perry has acknowledged that his effort, which he argues was firmly rooted in preventing cervical cancer in a generation of young women, was misguided because he didn’t seek more public input on it. Because the virus can be transmitted sexually, conservatives insist that the vaccine could encourage promiscuity. Health care experts suggest Perry might be able to make up for it with the Tea Party by redoubling efforts to protect patient privacy and requiring consent for virtually everything in the electronic records age.

But state Rep. John Zerwas, R-Simonton, who is an anesthesiologist, said Perry’s best bet simply will be to stay on high alert for any health care policies that could bleed into an individual’s private domain. “You have to be very, very respectful all of the time not to step into the living room of every family out there,” Zerwas said.

Strategists say the fact that Perry doesn’t have an extensive health care record as governor can only help him. Candidates are much more likely to get in trouble for what they’ve done than what they haven’t.

“Talk to [Massachusetts] Gov. [Mitt] Romney,” said Gail Wilensky, a senior fellow at the global health organization Project Hope and a 2008 McCain adviser. Indeed, Wilensky and others say Perry’s best approach in the primary is to continue attacking the federal health law, not only because polls show that GOP voters overwhelmingly oppose it but because many associate it with his Republican foe, who instituted a similar health insurance mandate in Massachusetts as governor.

“Candidates are trying to distance themselves from Romney,” said Kavita Patel, a fellow at the Brookings Institution who was a health care adviser to Obama during the health reform debate. “Perry has a leg up because he has no Perrycare.”

But if Perry makes it to the general election, he’ll have to show his health care hand. “Usually,” Wilensky said, “Democrats want to talk about it.”

Democrats say that if the time comes, they’ve got ammunition. Of all 50 states, Texas has the worst rate of health insurance coverage and mental health spending, and the second worst rate of low-income people covered by Medicaid and per capita spending on Medicaid. It has the lowest percentage of pregnant women receiving prenatal care. It ranks 44th in health care expenditures per capita.

Miner suggested Perry's got his own success stories to offer. Texas has a strong health care industry, he said; Houston's Texas Medical Center is the largest in the world, and MD Anderson is considered by many to be the No. 1 cancer treatment center in the world. And he argued that the Texas health insurance market is healthy: 133 companies provide coverage, he said, and Texas premiums are lower than the national average.

“Texas continues to pursue measures that will increase access and availability of health care coverage,” he said.

Emily Ramshaw, Texas Tribune
Emily Ramshaw investigates state agencies and covers social services for KUT's political reporting partner, the Texas Tribune. Previously, she spent six years reporting for The Dallas Morning News, first in Dallas, then in Austin. In April 2009 she was named Star Reporter of the Year by the Texas Associated Press Managing Editors and the Headliners Foundation of Texas. Originally from the Washington, D.C. area, she received a bachelor's degree from the Medill School of Journalism at Northwestern University.
See stories by Emily Ramshaw, Texas Tribune 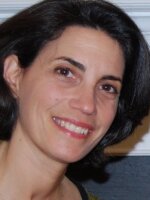 Marilyn Werber Serafini, Kaiser Health News
Marilyn Werber Serafini has been a reporter in Washington since 1985, and was the health care and welfare correspondent for National Journal magazine from 1995 to 2010. She has written extensively about Medicare, Medicaid, the uninsured, health care reform, bioterrorism and pandemic flu and has won awards for articles on these subjects. Serafini covered the health reform debate during the Clinton Administration and the recent debate that led to the Patient Protection and Affordable Care Act. Serafini created and moderated National Journal’s Health Care Expert Blog, and was a senior reporter for CongressDaily (now National Journal Daily) from 1991-1995.
See stories by Marilyn Werber Serafini, Kaiser Health News
Latest Stories