The recent case of a former legislative staffer who was accused of the hit-and-run death of a 30-year-old Austin woman drew widespread attention, particularly after the staffer received a sentence of 10 years of probation and a $10,000 fine for her conviction on a criminally negligent homicide charge.

State Sen. Kirk Watson, D-Austin, who met with the parents of the victim, Courtney Griffin, said the case caused him to look at whether there were gaps or loopholes in laws on punishment in hit-and-run cases in Texas.

"It seems to me that we ought to have our laws be as consistent as possible," Watson said.

Watson, joined by Sen. Wendy Davis, D-Fort Worth, has filed Senate Bill 275, which would increase the criminality of leaving the scene of an accident that results in a death, from third-degree felonies to second-degree felonies. Such a move would widen the range of potential prison time from two to 10 years to two to 20 years.

"I wanted to see if we couldn't create an incentive that might result in the saving of lives," Watson said of his legislation.

Watson’s bill would make the criminality consistent with intoxication manslaughter, and would give drivers an “incentive” to stay at the accident site, Watson said.

“I don’t think there should be a reward for someone to leave the scene of an accident,” Davis said in a statement. “SB 275 would fix a serious flaw that currently allows someone to escape justice while failing to render aid that might save a life.”

The bill would not have applied in the case of legislative staffer Gabrielle Nestande, who was acquitted Feb. 22 of charges including failing to stop and render aid and intoxication manslaughter.

“I think that once people realize that if they do flee, regardless of what happened in the crash, there’s going to be a huge, significant penalty for them that people will stay behind and will save lives,” Acevedo said.

Following Nestande’s sentencing, Laurie Griffin, the victim’s mother, tearfully told reporters that she was going to fight for new legislation, “so that no other family will ever have to go through what we've gone through.” 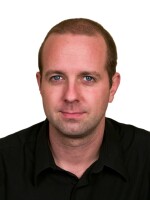