Accused SA Cop Killer: "I Lashed Out At Somebody Who Didn't Deserve It"

The 31-year-old San Antonio man arrested Monday in the killing of Police Detective Benjamin Marconi told reporters he did not know Marconi, and he was “sorry” to the officer’s family.

As police escorted Otis Tyrone McKane out of SAPD headquarters, the suspect told cameramen he was frustrated due to ongoing custody battles.

“I just wanted to see my son,” McKane said. “I lashed out at somebody that didn’t deserve it.”

McKane faces a capital murder charge, which carries a penalty of death or life in prison without the possibility of parole.

Before the arrest, SAPD Chief McManus had said Marconi was targeted because he was a police officer.

“This investigation is by no means over,” McManus said. “The motive for the capital murder is still unknown.” 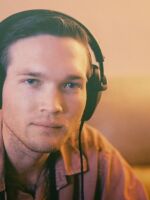 Aaron A. Schrank
Before joining Texas Public Radio, Aaron worked as a reporter and anchor at Wyoming Public Radio in Laramie, covering K-12 education across the Cowboy State. Prior journalism experience includes freelance reporting in Los Angeles and interning at outlets including NPR, Southern California Public Radio and ABC's Nightline. Aaron has won regional Edward R. Murrow awards for his reporting on school nutrition standards as well as rodeo culture’s treatment of gay fans and athletes. His radio work has aired on programs including NPR’s Morning Edition and All Things Considered, American Public Media’s Marketplace, PRI’s The World and National Native News. He earned a master’s degree in audio journalism from the University of Southern California’s Annenberg School for Communication in Los Angeles and a bachelor’s degree from Pepperdine University in Malibu, California. Aaron has roots in Phoenix, Arizona, Southern Illinois and New Jersey. When not reporting, he spends time hiking, camping, traveling and exploring film, music, food and San Antonio.
See stories by Aaron A. Schrank
Latest Stories