Amazon Prime Video will be hosting some of the movies that never got screen time at this year's canceled SXSW Film Festival. Amazon and SXSW announced today that the online film festival will be free to all audiences for 10 days — but you will need an Amazon account.

According to the statement, the slate of films offered will depend on which filmmakers choose to opt in to the festival. "Filmmakers who choose to participate will receive a screening fee for streaming their film over the 10-day period ... SXSW has shared details on the opportunity with 2020 filmmakers, who can opt in starting today."

SXSW joins a number of canceled and delayed film festivals going the online route: the Tribeca Film Festival has been posting a short film every day, the will be bringing its May festival online, and the Washington, D.C., Environmental Film Festival has posted a number of this year's movies, along with an archive going back to 1990. And the film distributor Kino Lorber has begun working with independent and art house theaters across the country to "screen" current independent releases, starting with the acclaimed Brazilian movie Bacurau.

No date has been announced for the Amazon Prime SXSW Film Festival, though the companies are shooting for an April launch. 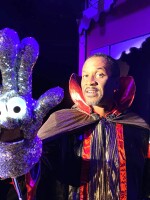 Andrew Limbong
Andrew Limbong is a reporter and producer for NPR's Arts Desk, where he reports, produces, and mixes arts and culture pieces of all kinds. Previously, he was a producer and director for Tell Me More. He originally started at NPR in 2011 as an intern for All Things Considered.
Latest Stories