U.S. Rep. Steve Stockman, R-Friendswood, has filed to run against U.S. Sen. John Cornyn in the March GOP primary, joining at least eight other hopefuls vying for the senior senator's seat, according to a spokesman with the Republican Party of Texas.

Stockman, who had filed for re-election in Congressional District 36, had to withdraw from that race to seek Cornyn's seat.

In an interview with the website WND, Stockman said he was running because he was "extremely disappointed in the way [Cornyn] treated his fellow congressmen and broke the 11th commandment and undermined Ted Cruz’s fight to stop Obamacare.”

As of Sept. 30, Cornyn had nearly $7 million in cash on hand, and will be a formidable incumbent. But some members of his own party have been gunning for him on the right, questioning his decision in late September not to not back U.S. Sen. Ted Cruz's tactics in opposing the Affordable Care Act. In a break with tradition, Cruz has pointedly declined to endorse Cornyn's re-election bid.

“Now we will find out if Sen. Cornyn is truly vulnerable, which I have doubted,” Mackowiak said, adding, "I predict that not one member of the congressional delegation will support Stockman. Ultimately, he will need outside groups to spend, and that is the most important unknown right now.”

Stockman, who returned to office in 2012 after a 16-year absence, recently came under fire after a Houston Chronicle investigation revealed that he violated federal ethics laws by failing to disclose a series of business affiliations, while providing no details about the business he said was his only source of income.

During his most recent stint in the House, Stockman, a member of the Science, Space and Technology and Foreign Affairs committees, has also drawn plenty of other headlines — particularly on the issue of guns.

Cornyn's other challengers in the Republican primary are relative unknowns. They include attorney and activist Linda Vega, Liberty businessman Dwayne Stovall, and Tea Party candidates Reid Reasor and Chris Mapp.

Stockman's entry into the Senate race leaves an open door for last-minute filers in CD-36. John Amdur of Houston and Phil Fitzgerald of Hull have filed for that race

Emily Ramshaw, Texas Tribune
Emily Ramshaw investigates state agencies and covers social services for KUT's political reporting partner, the Texas Tribune. Previously, she spent six years reporting for The Dallas Morning News, first in Dallas, then in Austin. In April 2009 she was named Star Reporter of the Year by the Texas Associated Press Managing Editors and the Headliners Foundation of Texas. Originally from the Washington, D.C. area, she received a bachelor's degree from the Medill School of Journalism at Northwestern University.
See stories by Emily Ramshaw, Texas Tribune 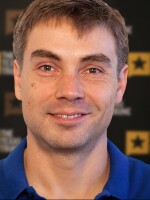 John Reynolds, Texas Tribune
John Reynolds is the newsletters editor for the Tribune. Prior to that, he was a reporter for Quorum Report, a non-partisan online political newsletter focusing on the ins and outs under the Dome, for more than seven years – covering the waterfront from health and human services and redistricting to pensions and elections. A native of Atlanta, Ga., he started his journalistic career one day after the attacks of Sept. 11 in Lubbock, Texas, where he rotated through a slew of beats at The Avalanche-Journal. He received his undergraduate degree from The George Washington University in Washington, D.C., and studied at the University of Georgia's graduate school in journalism. When not at work, he actively attempts to convince himself he is adept at tennis with varying levels of success. And he has adopted the Austin custom of appreciating smoked meats and listening to music in grassy/muddy fields.
See stories by John Reynolds, Texas Tribune
Latest Stories
Related Content