After months of sparring over whether transgender Texans should be allowed to use bathrooms that align with their gender identity, Republican Lt. Gov. Dan Patrick on Thursday officially set the legislative stage for the debate.

Following North Carolina’s lead, Texas Republicans announced Senate Bill 6, which would require transgender people to use bathrooms in public schools, government buildings and universities based on “biological sex” and would preempt local nondiscrimination ordinances that extend protections to transgender people.

Patrick says his support for the legislation is based of privacy concerns, arguing that such policies allow men to enter women’s restrooms and locker rooms.

The bill, which will be guided through the upper chamber by Republican state Sen. Lois Kolkhorst of Brenham, was filed despite fierce opposition from state business groups and LGBT advocates who have decried the proposal as discriminatory against transgender people. They’ve argued there’s little evidence that nondiscrimination policies — including those in place in major cities across the country — allow sexual predators to freely enter women's restrooms and locker rooms.

They have also warned Texas leaders against taking cues from North Carolina, where similar legislation was challenged in court and cost the state millions of dollars.

North Carolina legislators passed their own legislation last year in response to a Charlotte nondiscrimination ordinance that extended protections to transgender residents who use public facilities based on their gender identity.

The North Carolina legislation not only eliminated Charlotte’s ordinance but also nullified local ordinances that extend protections for LGBT residents. That legislation also kept transgender people who haven’t had surgery or legally changed their gender markers on birth certificates from having the legal right to use a public restroom that matches their gender identity.

Officials there argued that private businesses could establish their own practices, but the legislation cost the state millions in cancellations. The NBA announced it would pull an All-Star Game from Charlotte that was scheduled for this year, performers canceled concerts, business expansions were scrapped, and the NCAA moved seven championship games during the 2016-17 school year out of North Carolina.

The Texas Association of Business — a top business lobby group that regularly sides with conservatives — has warned that anti-LGBT legislation, including SB 6, could lead to a similar, costly economic fallout in the state.

In a report released late last year, the group estimated that such legislation could cost the state between $964 million and $8.5 billion and more than 100,000 jobs. Patrick’s team has reduced those estimates to “misinformation and fear-mongering.”

It remains unclear how far Patrick’s proposal, which he’s listed among his top legislative priorities, could go in the Republican-controlled Legislature.

House Speaker Joe Straus has downplayed the urgency of such legislation, saying Patrick’s proposal is not “the most urgent concern of mine.” Meanwhile, Gov. Greg Abbott in December took a wait-and-see approach regarding the legislation. While it’s been unclear whether Abbott views the issue as a priority, he has said it’s “something that needs to be looked at.”

The legislation regulating bathroom access will also probably reignite the fight over local control when it comes to protections for LGBT residents.

Citing bathroom safety concerns, Patrick first waded into the fight in 2015 as part of his opposition to a Houston ordinance, known as HERO, that would have made it illegal to discrimination against someone based on 15 different “protected characteristics,” including sex, race, religion, sexual orientation and gender identity.

The Houston ordinance was eventually shot down by voters but as of last summer there were still 12 Texas cities with populations of more than 100,000that had some rules or legislation in place to protect residents or city employees based on sexual orientation or gender identity.

Some of the state’s biggest cities, including Dallas, Austin and Fort Worth, have had comprehensive ordinances on the books for a decade, offering transgender residents some degree of protection against discrimination in employment, housing and other public areas like buses, restaurants and bathrooms. 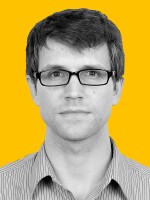 Todd Wiseman, Texas Tribune
Todd Wiseman is a multimedia producer working with our political reporting partners the Texas Tribune. He previously worked at the Austin School of Film and Synthetic Pictures and interned for director Richard Linklater. At the Tribune, Todd has helped develop the Stump Interrupted series, which won a national Edward R. Murrow award in 2010. A Fort Worth native, he graduated from the University of Southern California with a dual degree in film and English.
See stories by Todd Wiseman, Texas Tribune
Latest Stories
Related Content