With the sound of jack hammers in the background, Austin City Council members got a close up look at construction on Water Treatment Plant 4 (WTP4) today. The meeting was called by Mayor Lee Leffingwell, who has expressed concern over some city council members' calls for the project to be delayed.

“Don’t you think, looking out there, that it makes a much bigger impression on exactly the size and scope of this project?" Mayor Leffingwell said. "I just wanted to make everyone sure that they had an opportunity to do that."Contracts for the project have already been awarded for the majority of the $350 million project. But some council members are weighing whether to halt the project for five or ten years.

Council members are waiting for an estimate on how much it would cost to delay construction. Some argue the plant is driving up water rates, that it is not needed yet, or that the funds being dedicated to build the plant would be better spent on maintaining the city's current water infrastructure. City staff is supposed to present their cost estimate to the council by next Thursday.

“We cannot do all of the things we need to do on the current system, and build this plant at the same time,” said Council member Bill Spelman. “If the cost of deferring completion of this plant for five or ten years is so high that it’s not a fiscally prudent decision to make, this council is going to make the fiscally prudent choice.” 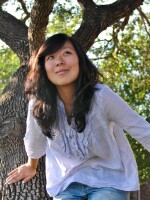