These East Austin Apartments Haven't Had Gas Since The Winter Storm. Now, Residents Must Temporarily Move Out.

After more than a month without gas, residents of Mount Carmel Apartments in East Austin are being told to evacuate because the units are uninhabitable. All the residents are on federal assistance for low-income housing, and many are elderly and disabled.

“It’s like a nightmare,” said Tommy Lewis, who has lived in the 100-unit complex for six years. “You’re leaving your place when you don’t really want to.”

According to the Dallas-based company that manages the complex, last month’s storm caused the ground around the property to shift and the main gas line to spring multiple leaks. Eureka Multifamily Group said a gas leak was first reported Feb. 20, and it had to shut off service to the entire property to investigate.

“Under city and state guidelines, the units are not habitable given no hot water,” Eureka told KUT in an email Thursday. “Relocation is a requirement under law.”

Eureka sent residents a letter Monday evening, saying the main underground gas line needs to be replaced, and the project would last up to 90 days. It said residents would be relocated to a hotel room or another apartment community at Eureka’s expense. They are still required to pay rent, however, unless they opt to stay with family or friends and temporarily terminate their leases.

Lewis said he didn’t think it was right to be required to pay rent while staying in temporary accommodations.

“It’s not my fault,” he said. “And you’ve got me moving around like I’m a little kid or something.”

Lewis said he and some other residents have already been staying in hotels, but have had to pay upfront with the promise of reimbursement from Eureka.

“It’s sort of like your money is going in a circle,” he said.

The day before Eureka sent the letter, demonstrators gathered outside the complex, protesting what they say has been a lack of transparency. They also questioned why the gas issue took so long to diagnose and address.

According to Nyeka Arnold, a community activist who organized the protest, residents were initially given no timeline for when the gas would be fixed. She said she was concerned about elderly and disabled residents who have been unable to take hot showers or cook.

As a temporary solution, the complex set up trailers where residents could access showers, laundry machines and a food truck. The trailers had stairs and no ramps, however, making it difficult for disabled and elderly residents, like 72-year-old Joe Nuñez to access.

Nuñez, who uses a wheelchair, said he had been boiling water on an electric hotplate in his apartment. He’d then take the water into his shower and pour it over his head. Some days he’d take the bus to his mother’s house to shower.

Nuñez was hospitalized with the coronavirus in January. He returned home just as the storm hit in mid-February. The complex lost electricity, so he huddled under blankets to keep warm. His condition worsened after that, he said, and he returned to the hospital with pneumonia.

When he arrived back home, the electricity was on, but the gas was out.

“I got a note that says that the main lines broke,” Nuñez told KUT on Sunday. “I don’t know what’s going to happen here. Are they going to fix it?”

Bertha Rendon-Delgado, an activist and member of the city’s Community Development Commission, said she wants the City of Austin to use affordable housing funds to find residents more permanent solutions, such as housing them at one of Eureka’s sister properties.

“These residents have no legal assistance at this point,” Rendon-Delgado said. “They’re having to deal one-on-one with Eureka management themselves. And you’re talking about residents who have been mentally drained since the winter storm.”

She worries a lot can happen in 90 days.

“They’re having to deal one-on-one with Eureka management themselves. And you’re talking about residents who have been mentally drained since the winter storm.”

“Will the residents survive? Will they have to condemn the property?” she said. “We’re looking at future homeless issues. We’re looking at [Section 8] recipients being lost in the system.”

“We’re still under disaster,” she said. “I’m not going to let these people go without any money.”

Eureka said construction on the gas pipeline started Monday, although Nuñez and Lewis said they and other residents have not yet been relocated.

Nuñez said he stood outside for three hours with other residents Thursday waiting to speak with a relocation specialist, but never made it to the front. Later that afternoon, someone called him about moving him to an EconoLodge to be close to his dialysis, which he needs three times a week.

He said the specialist told him to gather just what he needs, including medicine, his walker and clothing.

Lewis also met with a relocation specialist Thursday. He said there is still no timeline for his relocation, although they discussed a possible move to an apartment in North Austin.

Just as he has done for the past month, Lewis continues to ask, “How soon?” 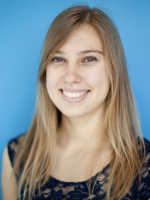