Austin’s earliest documented gay bar came onto the scene in 1957. At the time, fewer than 200,000 people lived in the city, which was experiencing a prosperous economic and technological moment coming out of the Great Depression.

Over on Congress Avenue, the Paramount Theatre had just placed the famous marquee over its canopy, and a little delicatessen down the street opened up called The Manhattan Restaurant.

The restaurant was owned by David and Florence Robbins, a Jewish couple who moved from New York City to Austin after World War II. They deemed their place, “Austin’s only modern delicatessen restaurant.”

In the backroom of the restaurant, there was a small bar known to the city's LGBTQ+ community as The Manhattan Club. The space, which held about 18 people, was one of the only public places where queer individuals could gather and socialize outside their homes.

Before Florence could negotiate new lease terms, the landowner gave up the space to the company next door. So, after 12 years of operation, the club closed its doors. But its legacy remains as the first in a long line of bars serving Austin's LGBTQ+ community. Today, a handful of bars downtown still offer a safe space for queer residents and visitors.

As Austin's population reaches nearly 1 million, the city is in need of more housing and better transportation options, which often comes at the expense of longtime businesses. Now, with the proposal for a mixed-use high-rise on Fourth Street, some of Austin's most iconic LGBTQ+ venues are facing major changes, leaving the queer community with mixed feelings.

The area around Fourth Street and Colorado is what some would call a "second home" to members of Austin's LGBTQ+ community.

The district is comprised of a number of gay bars and queer-friendly spaces, including Oilcan Harry's, Rain on Fourth, Neon Grotto, Coconut Club and Highland Lounge. Drag queens perform on a nightly basis, queer artists host DJ sets and, sometimes, people even gather to play bingo. For many years, Austin's annual Pride Parade has marched down Fourth Street to celebrate.

In April, news broke that a developer was eyeing part of the district for a new development. Metcalfe Wolff Stuart & Williams, LLP, an Austin-based real estate firm, filed a demolition application, working with Houston-based developer Hanover Co. The proposal would tear down the buildings at Fourth and Colorado and build a 40-story tower with 400 residential units.

Under the plan, Coconut Club and Neon Grotto—which opened on Colorado Street in 2019 and 2021, respectively—would have to leave their current spots. The bars' owners told the Austin American-Statesman that their landlord has been transparent about this possibility since the beginning. Their lease included a 24-month evacuation notice and they've known for a while their time was ending.

Oilcan Harry's, however, will be allowed to stay under a new lease with Hanover. During construction, it will temporarily vacate the premises then move back in when the ground-floor work is complete. Construction on the high-rise would begin next year with a target opening date of May 2025.

As is the case with any demolition proposal affecting buildings 45 years or older, the plan must undergo review by Austin's Historic Landmark Commission. The proposal was presented last month to members of the commission's Architectural Review Committee to discuss whether the property should be evaluated for historical designation. The proposal will be presented to the full commission today.

If the commission approves the proposal and does not deem the property historical, the developers can move on in their steps to acquire a demolition permit. If the commission decides the property may deserve historical designation, then plans will be put on hold. Development could be delayed or the case could be sent to the Planning Commission to weigh in on whether the building should be protected.

The development plans sparked outrage in the queer community. An Instagram post from Community Impact detailing the situation quickly received more than 3,000 comments. A petition to #BlockTheBuild has acquired over 4,000 signatures. And one Austinite launched a social media campaign called “Save 4th St. ATX.”

“It just changes the way that Austin feels and it sends the message to the LGBTQ community that, with the right amount of money, we're willing to kick you out,” said Armando Sanchez, the creator of Save 4th St.

Sanchez has been going out on Fourth Street since 2004, when he moved to Austin for college. After hearing about the proposed demolition, he created an Instagram account to encourage people to take action.

Dozens of people have signed up to testify at the commission hearing today. But it might come as a surprise to hear the folks behind the beloved venues don't necessarily want the property to be saved.

The owners of Oilcan and Coconut Club released statements Tuesday regarding supporters' call for the building to be designated historical.

"As far as our future goes, we assure you that we have every intention of sticking around once the doors of [the Coconut Club] close," the statement reads. "With at least 11 months advanced notice now, we feel confident that we will have sufficient time to plan for our next steps here. ... While this change is equally as daunting [as when the pandemic hit], we know that we have the support to do it again."

In a situation he called “ironic,” Oilcan managing member Scott Neal told KUT the only way for the bar to survive development is to adapt. If the building is labeled historic, the designation does nothing to protect the individual business itself, and Neal does not foresee Oilcan being able to afford renting the space long-term.

Neal said the building’s landlord had discussed terminating the lease before the pandemic hit, but he refused to go. He wasn’t aware of any plans for development until this spring. His landlord and representatives from Hanover approached with a proposal to give the business a long-term lease with reduced rent, saying they wanted to preserve part Austin's historic Fourth Street.

This isn’t the first time the neighborhood's future has been up in the air. A 2009 Austin Chronicle article covering developments at that time noted there are no protections to ensure the area is preserved — and that’s still true today. The district as a whole is not on any local or national historic registers.

Neal said he sees this as a failure of the city to protect neighborhoods like Fourth Street.

"It's a failure of past city councils, and it's a failure of city planning," he said. "It is a shame that they didn't, well before this current development, protect it."

The Fourth Street area, also known as the Warehouse District, has a long and storied history. According to the Chronicle article, the area’s brick buildings served as industrial facilities throughout the early 20th century. For a period of time, the area was a red-light area known for its brothels, including one in the building that houses Oilcan. In the 1980s, “pioneering gay bars transformed the still-rough area into an edgy entertainment district,” Katherine Gregor wrote.

Bars like Castro’s Warehouse, Boyz Cellar, The Boathouse, Rainbow Cattle Company and The Hollywood have all come and gone from the district. Oilcan Harry’s opened in 1990 and in 2005, Rain settled next door. (The proposed development would not affect Rain.) Both bars have been mainstays on the block.

Jonathan Smith, who started bartending at Rain in 1998, said he has seen the district evolve over the last couple decades.

“When I first worked here, it was pretty much just men only. There were hardly any women,” said Smith, who now co-runs Oilcan Harry’s. “There weren't a lot of minorities. So it's actually become way more inclusive, which makes me happy. Back in the day you would never hear of a drag show being here. And now we have a drag show every night of the week.”

'The pattern of the system'

On a recent Thursday night, a crowd gathered inside Oilcan to watch its weekly show “Whipped,” featuring local drag queens Celia Light, Claire Voyant and Harlot. After lip-syncing and dancing to songs by Liza Manelli and Lady Gaga, the performers invited special guest and fellow drag artist Gender Envy to come on stage.

“Help our friend raise enough to get their gender-affirming surgery!” Celia Light called out. People hollered in support, tossing dollar bills onto the stage.

Neal said he just has to trust that the Hanover Co. does not intend to push out the LGBTQ+ community. Under the proposed development, he said, Oilcan will continue to operate in a temporary location nearby, though he wasn't ready to reveal where. Rain would conduct business as normal, pride flags will adorn the sides of the buildings, and the rainbow crosswalk on Bettie Naylor Street, named in honor of the longtime Austin activist, will remain intact.

Neal knows he can’t promise the neighborhood will always belong to the queer community like it does now.

“There is risk there,” he said. “It may not maintain its exclusivity. But I think it's enough of a draw, especially with a majority of the brands staying on this block, that we will adapt and that we will be able to maintain a safe space for our community. The alternative for us is closure.”

Sanchez said he recognizes it might be too late for protests to make a difference. But he said it is less about the individual businesses — he knows they have to do what is needed to survive — and more about not going down without a fight. He, and others like him, want the city to know what Fourth Street means to them. He wants to make sure they are heard before the the community is pushed out from elsewhere in the future.

“This is the pattern of the system that we live in,” he said, “is communities, marginalized communities make life exciting, create spaces for themselves that are fun, where people can be themselves. Others find out about it. They want part of it—but then they destroy it.”

If you found this reporting valuable, please consider making a donation to support it. Your gift pays for everything you find on KUT.org. Thanks for donating today.
Tags
Austin LGBTQBarsDowntownDevelopmentHistoryKUT 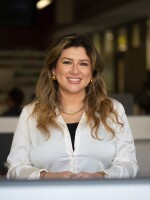