What’s the story behind Snake Island on Lady Bird Lake?

It’s not labeled on maps or recognized in official documents, but most kayakers who have explored Lady Bird Lake east of I-35 can tell you about the forest in the middle of the lake — Snake Island.

KUT listener Alex Kane wanted to know more: What’s on it? Why is it called that? So, Kane reached out to KUT’s ATXplained project.

Multimedia producer Michael Minasi spoke with Jennifer Hecker, an archivist with the Austin History Center, to learn about the creation of the island, which stretches back to the formation of Town Lake and the building of the Longhorn Dam.

In this video, Minasi ventures out to the man-made island alongside Staryn Wagner, an environmental scientist with the City of Austin, to experience the peaceful and eccentric culture that has taken root alongside the painted hackberry and cypress trees.

If you found this reporting valuable, please consider making a donation to support it. Your gift pays for everything you find on KUT.org. Thanks for donating today.
Tags
Austin Lady Bird LakeDamsKUTRecommended 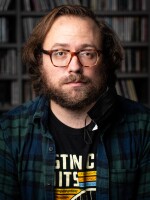 Michael Minasi
Michael Minasi is a photo and video storyteller at KUT and KUTX. Got a tip? Email him at mminasi@kut.org. Follow him on Twitter @MichaelMinasi.
See stories by Michael Minasi
Latest Stories
Related Content